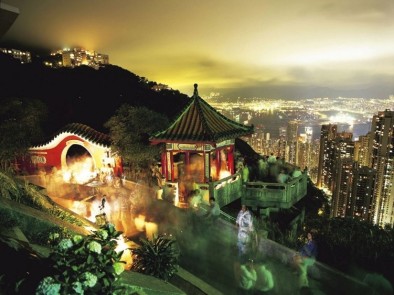 We were challenged to find information regarding preterm birth issues in China, due in part to our inability to speak/read Mandarin. We discovered that the Chinese medical education system follows the British system, but it compressed from six years to five years to shorten the educational cycle. After graduation, a doctor needs to complete 3-6 years residency training, and then perhaps subspecialty training. Like most nations globally, China is experiencing a healthcare provider shortage.

In our March 18, 2017 Blog we cited a Science News article dated February 16, 2017 (University of New York) reporting that outdoor air pollution is tied to millions of preterm births. The article below cites information that relates to the health and well-being of all of our preterm birth family members.

Last fall, a startling new report revealed that air pollution caused an estimated 3.2 million premature deaths worldwide in 2010. Now, thanks to a new analysis by our friends at the Health Effects Institute (HEI), we understand that nearly 40 percent of the world’s premature deaths attributable to air pollution (1.2 million people) occurred in China. Particulate matter is now the fourth-leading cause of death in China, behind dietary risks, high blood pressure, and smoking.  And, unless current trends change, urban air pollution is projected to be the number one killer worldwide by 2050. (It’s worth noting that this is problem is not unique to China—HEI also reports that roughly 800,000 people die prematurely every year in India and other South Asian countries). 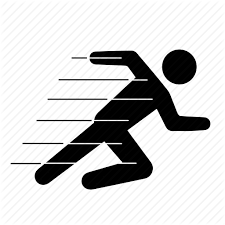 BLOG : Getting The “Hang” Of Neonatology In China

Dr. Kim visits Hangzhou, China to speak about human milk at an international meeting celebrating the 30th anniversary of the first NICU in China. He encountered a medical community quickly catching on to the latest neonatal advances from the Western world.  China, as does our global community, faces a significant health care provider shortage. Fathers play a key role in caring for the neonate, and China is advancing their family care/care team modeling. Dr. Kim writes:

The Chinese medical community appears extremely avid to catch on to the latest neonatal advances from the Western world. By appearances, they have achieved breakneck progress in a short time. There are some areas, however, that are showing some weaknesses. The most significant one that is glaringly obvious is in nursing. Nurse to patient ratios are extremely high by North American standards, sometimes 8:1 or more and so contrast that to our 3:1 or 2:1 in a typical level 3 NICU in America. There are a more reasonable number of physicians including trainees and medical students that do a considerable amount of bedside work. Like in many places in the world, physicians are responsible for managing the equipment (including ventilators) and intravenous access. Nevertheless, I got a clear feeling that there were not enough caregivers to go around for so many small infants, and that everyone needed to work often and for long hours. Healthcare providers are a large cost but by no means the largest cost of healthcare and they are essential to providing the best neonatal care.

Parents were another interesting observation in China. In particular the one child rule has perhaps made parents particularly attentive to their one precious child. On the streets we saw open doting by all family members but most importantly by the fathers who were present in many family groups. This is in stark contrast to other countries where the father is often absent due to a longstanding culture of the primary breadwinner working long hours of work and attending after-work activities (post work drinking is very common in South Korea and Japan). I am aware of two units in China that are making the effort to participate in the family care model where parents are part of the care team, and so it will be interesting to see if this will have more traction in China than in North America since they typically only have one child and could spend more time at the hospital and nursing resources are so limited. This may end up being a highly practical solution for their nursing shortage. We have recently rediscovered that human interaction that includes tactile and verbal stimulation are an essential part of normal human brain development. The role that parents and staff play in this needs to be redefined in both our worlds.

The global shortfall in healthcare workers will reach 12.9 million by 2035, according to the World Health Organization. In China, the shortage of healthcare professionals is even more acute. China Health Statistics Almanac and World Health Statistics estimate that China had only 0.43 paediatricians for every 1000 children in 2012, 0.14 general practitioners for every 1000 population in 2015, and 0.02 psychiatrists per 1000 population in 2014.2 3 4 Assuming no substantial increase, China is short of at least 200,000 paediatricians, 161, 000 general practitioners, and 40, 000 psychiatrists.

Summary: With help from a palm-sized plastic rectangle, researchers are hoping to minimize the problem of premature deliveries. The chip is designed to predict, with up to 90 percent accuracy, a woman’s risk for a future preterm birth.

In the United States alone, a half million babies are born preterm; worldwide, the number is an estimated 15 million. Complications associated with preterm birth are the no. 1 cause of death for children under 5, and those who live often face a range of health problems.

But with help from a palm-sized plastic rectangle with a few pinholes in it, Brigham Young University researchers are hoping to minimize the problem of premature deliveries. The small chip — integrated microfluidic device if you speak chemistry — is designed to predict, with up to 90 percent accuracy, a woman’s risk for a future preterm birth.

“It’s like we’re shrinking a whole laboratory and fitting it into one small microchip,” said BYU chemistry Ph.D. student Mukul Sonker, who is the lead author of a study recently published in Electrophoresis and funded in part by the National Institutes of Health.

The goal for the device is to take a finger-prick’s worth of blood and measure a panel of nine identified preterm birth biomarkers — essentially biological flags that can tip people off to diseases or other conditions. There aren’t any current biomarker-based diagnostics for preterm births, and doctors typically only keep tabs on women who have other clear risk factors.

For the most part, “the symptom of preterm labor is a woman goes into labor, and at that point you’re managing the outcome instead of trying to prepare for it,” said Adam Woolley, BYU chemistry professor and study co-author.

With their oldest child, Woolley’s wife began having contractions early in her third trimester. With the help of hospital intervention, eventually her contractions stopped and she was able to carry their son full term. “Ours was only a glimpse into the potential problems of a preterm birth, but it is still really satisfying to know that the research my students and I are doing now could help others in some way with this important medical issue.”

There’s still work to be done at the front end of the process, but for this study, Sonker and Woolley, along with BYU post-docs Radim Knob and Vishal Sahore, created the chip and a system for preconcentrating and separating biomarkers on it. That’s important, explained Sonker, “because when you look at these proteins and peptides, they’re present in such a trace amount, but if you preconcentrate them on the chip, you can get enough of a signal for prediction.”

Among other benefits, the device is cheap, small and fast: once fully developed, said Woolley, “it will help make detecting biomarkers a simple, automated task.”

Some peg the annual costs associated with preterm birth just in the United States at close to $30 billion, so one clear perk of such a screening tool, said Woolley, is economic. More significantly, he added, “there are a lot of preterm babies who don’t survive: if we could get them to survive and thrive, it would be a huge gain to society.”

The healing and intentional impact of strengthening the emotional connection between mother and child is explored in this compelling news story!

Can the most basic nurturing techniques help heal the traumas of premature birth? Leaving the womb too early puts babies at a higher risk for emotional, behavioral and developmental changes later in life. William Brangham reports on one research effort in New York aimed at minimizing those impacts by strengthening the emotional connection between mother and child.

With a global shortage of healthcare providers in effect doctors, residents, nurses and other healthcare providers face heavy workloads and often overwhelming demands for their time and expertise. The story below may remind the reader of their own experiences with too much work to do, inadequate resources, limited time and deprivation of sleep!

Global Health Media Project designs and develops videos that are tailored to the needs of health workers and populations in low-resource settings. In low-resource settings where literacy and language are obstacles to learning, step-by-step visual instruction has enormous advantages, especially when voiced-over in the local language. Video draws the eyes and ears to all the subtleties that make for good skill acquisition, and helps make learning “stick.” The value of video as a tool to teach medical practices is already well established in the developed world. Yet even though worldwide access to digital video is growing, such videos remain vastly underutilized and largely unavailable in developing countries. Please see the sample video and be sure to view the diverse selection of videos available to download! https://globalhealthmedia.org/

As preemie mortality rates decrease and more preterm birth babies survive there will be an emerging field of healthcare providers who specialize in medical research and health care targeted to serve our needs.  What will these specialists in teen and adult preemie medical care be called? ………and on another note….

Research has established that air pollution and environmental issues are direct causes of both preterm births and premature deaths globally, affecting all of our Neonatal Womb Family members. China is taking broad steps to address the issue of Clean Energy. Their innovative efforts are intriguing and summarized in the article below!

China Looks to Capitalize on Clean Energy as US Retreats

“On a lake created by the collapse of abandoned coal mines, China has built the world’s largest floating solar project, enough to provide light and air conditioning to much of a nearby city. The provincial government wants to expand the effort to more than a dozen sites, which collectively would produce the same amount of power as a full-size commercial nuclear reactor.

The project reflects China’s effort to reshape the world order in renewable energy as the United States retreats. Such technological expertise will form the infrastructure backbone needed for countries to meet their climate goals, making China the energy partner of choice for many nations”. The article notes that China is already dominant in many low-carbon energy technologies. It produces two-thirds of the world ‘s solar panels and nearly half of the wind turbines. China is also rapidly expanding its fleet of nuclear reactors and leads the world by far in hydroelectric power. Yet, China’s green campaign is still in the early stages. The article states “As with much in China, the clean-energy drive is much more about economic advantage, national security and political stability than an idealistic commitment to saving the earth”.

What makes a good life? Lessons from the longest study on happiness | Robert Waldinger (TED TALK)