New Zealand is an island nation in the southwestern Pacific Ocean. The country geographically comprises two main landmasses—the North Island and the and around 600 smaller islands. Because of its remoteness, it was one of the last lands to be settled by humans. New Zealand is a developed country and ranks highly in international comparisons of national performance, such as health, education, economic freedom and quality of life (Wikipedia). The preterm birth rate in New Zealand was 7.56% in 2010 per World Health Organization (WHO). The Global average is 11.1%; USA is at 12%. New Zealand notes and is researching the reasons for the significant disparity in Māori and Pacific New Zealand mothers compared to the general population. See Perinatal and Maternal Mortality Review Committee:http://www.hqsc.govt.nz/assets/PMMRC/Publications/tenth-annual-report-FINAL-NS-Jun-2016.pdf

Our Neonatal Womb Community is made up of a vastly diverse population of travelers and providers; some easily identifiable, others within the quiet spaces that keep us connected. Alistair Gunn is a Pediatric Scientist from New Zealand making significant contributions to our community.

Alistair Jan Gunn, Professor, Physiology and Paediatrics, a Paediatrician-scientist in the Department of Physiology at the University of Auckland, has conducted groundbreaking research into the mechanisms and treatment of asphyxial brain injury, identifying compromised fetuses in labour and prevention of life threatening events in infancy.

His research helped to establish mild cooling as the first ever technique to reduce brain injury due to low oxygen levels at birth. This simple and effective treatment is now standard care around the world. 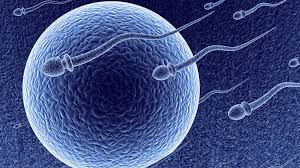 The Abstract below addresses recent and ongoing research exploring preterm birth and risks of congenital abnormalities in relationship to Assisted Reproductive Technology (ART), Hyper-ovulation(HO) and Artificial Insemination (AI) in Australia and New Zealand. The studies find risk of congenital abnormality significantly increases after ART and AI; the risk of morbidities increases after ART, HO and AI. For me, one take-away is the recommendation that “Preconception planning should include comprehensive information about the benefits and risks of fertility treatment on the neonatal outcomes”. Research indicates that rates of mortality and morbidity among births following fertility treatment were higher than those conceived spontaneously. 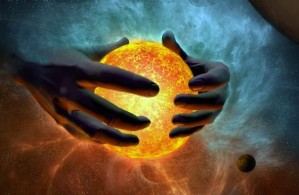 The team are now following up that pilot study with a two-year study that will test a bigger pool of samples, including samples taken at 15 weeks as well as at 20 weeks, to check whether the fingerprint is a reliable biomarker for preterm birth.

“This is exciting, as it could potentially lead to much better outcomes for the babies and their mothers, in the short and long terms, says study co-lead and Liggins Institute Professor Mark Vickers. “It could enable the targeting of existing and future therapies to delay or even prevent preterm birth.”

The potential biomarker revealed in the pilot study was derived from micro-RNA (miRNA) analysis. MiRNAs are small non-coding RNA molecules that play key roles in the regulation of gene expression. MiRNAs are also known to be involved in the development of and protection from a range of diseases. Recent studies in this fast-emerging field have highlighted the potential for miRNAs as biomarkers for osteoporosis, cancer and the pregnancy complication pre-eclampsia.

The Auckland researchers used state-of-the-art digital technology called NanoString that is much more sensitive and faster than other available methods.

Hundreds of babies are born prematurely each year in New Zealand, some as early as 23 weeks gestation and many develop and grow into healthy children and adults.

But the latest results from an internationally-acclaimed study following 110 New Zealand babies from birth has found that abnormalities in the brains of some born very prematurely persist into late childhood, affecting their motor skills, IQ and social skills.

The study, funded by the Health Research Council and the Neurological Foundation, has been following the babies – born at 32 weeks gestation or earlier – since 1998.

According to a highly-acclaimed study, abnormalities in the brains of a third of premature babies can persist into late childhood. Source: 1 NEWS

Their highly-acclaimed early work discovered that abnormalities within the developing white matter or “cabling networks” of the brain after birth could potentially explain the motor and cognitive impairments often experienced by children born very prematurely.

Many Premature Babies Do Fine in School – By ASHLEY WELCH CBS NEWS June 12, 2017

The report, published in JAMA Pediatrics, finds that babies born early often catch up to their peers academically. Researchers report this recent study may ease the minds preemie families when it comes to how well their children may perform in school. The article shares the following interesting findings:

About 10 percent of babies in the U.S. are born prematurely — before 37 weeks of pregnancy, according to the Centers for Disease Control and Prevention.

“We know a lot about the medical and clinical outcomes [of premature babies] and we know some about short-term educational outcomes, but what we didn’t know is how the babies do once they get further out into elementary school and middle school,” the study’s first author Dr. Craig Garfield, associate professor of pediatrics and of medical social sciences at Northwestern University Feinberg School of Medicine, told CBS News.

The study found that two-thirds of babies born at only 23 or 24 weeks were ready for kindergarten on time. The researchers were surprised to see that nearly 2 percent of these extreme preemies even achieved gifted status in school.

The researchers point out important caveats to the study, including that babies who died in infancy were excluded from the data set. It also doesn’t take into account some of the infants’ medical issues related to premature birth or information about factors that may have helped these children performed well in school, such as their biological makeup or if they got extra support from family or school programs.

Garfield said that future research should look into what makes a difference in which babies go on to perform well in school and which do not.

“The next step is to ask how can we support babies who are born early as they transition into the school system and what can we do to help those families in helping them perform to the best of their ability in school,” he said.

Many babies born prematurely have trouble eating because of swallowing difficulties, making new moms anxious during bottle feeding or breastfeeding. To better diagnose feeding issues, clinicians in the neonatal intensive care unit (NICU) at Baylor University Medical Center at Dallas developed an innovative new way to assess swallowing in the hospital’s tiniest patients, giving new moms more confidence to feed their newborns safely. They conducted a first-of-its-kind research study to prove the technology’s safety and effectiveness for swallowing assessment in newborns, recently published in the Journal of Perinatology.

The science of nurturing and its impact on premature babies – PBS NewsHour (PART 2) – Published on May 31, 2017: A long-term study on helping preterm babies, using the simplest of interventions, is showing signs of promise. In part two of our story, William Brangham explores the study’s outcomes, as well as questions about the complex past of the doctor behind it.

Check out this innovative Child-Centered Program dedicated to healing patterns originating from prenatal and perinatal trauma as well as bonding and attachment challenges!

BEBA: A Center for Family Healing

What is BEBA? – BEBA is a child centered, family clinic that is dedicated to helping babies, children and families heal early restrictive patterns originating from prenatal and perinatal trauma, as well as bonding and attachment issues. These early experiences can have long term effects on one’s emotional, psychological and physical health and wellbeing. BEBA is a non-profit research and teaching clinic with branches in Santa Barbara and Ojai, CA.

BEBA’s Goal-BEBA’s goal is to expand our understanding of the nature of early stress and trauma from conception through the first years of life and its effects on human development. It is dedicated to researching these issues and educating the professional and public sectors about its findings. Early trauma can occur anytime during conception, gestation, birth, the events following birth and the bonding and attachment phases. It can leave restrictive imprints in the nervous system and affect future behaviors, emotions, belief systems, psychological orientations and physical health and wellbeing. BEBA supports the development of successful strategies and interventions to help babies, children and families heal and release negative and/or restrictive imprints from those early periods.

EXPLORE and CONTEMPLATE THESE IMPORTANT QUESTIONS AND COMPELLING INFORMATION ADDRESSING THESE TOPICS!

We are cultural creators empowered to create a better world.

Bruce reminds us that The Field gives shape to the material world and we have the potential to become Masters of our genes!

Ricochet a surfing dog is most inspirational-

Kathryn (Kat) Campos: Hello, I am a former 24 week gestation micro-preemie. I lost my twin brother Cruz at birth and encountered open heart surgery with no anesthesia at 3 weeks old weighing 1lb 3oz/0.58kg. I served on the University of Washington Medical Center Advisory Board Neonatal ICU Council from 2013 to 2015. I am passionate about assisting and supporting our Global NICU Community. If your a Preterm Birth/NICU Survivor this blog is dedicated to you, your family, and all members of the NICU Community. Together lets support other Preemie Survivors, Preemies, Preemie families, Preemie Community, Neonatal and related Staff, Providers, Professionals and Facilities. We ALL have stories to share and preemie journeys to help empower! Kathy Papac: Preemie Mom of surviving (Kathryn) and a deceased (Cruz) 24 week gestation twins. Neonatal Womb journeyer, counselor/legal expert with an MA certificate in Spirituality, Health and Medicine from Bastyr University. Passionate Global Community participant. Our goal is to recognize, honor and empower the Neonatal Womb community and shine light upon the presence and potentiality of the preterm birth survivors as vital community participants. View all posts by Kathy Papac and Kathryn (Kat) Campos